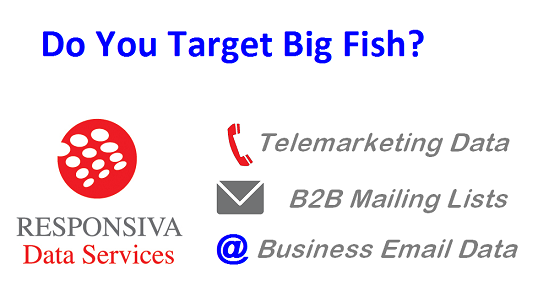 Do you market your company to the larger, corporate organisations? I wonder why so many small companies do this, as there are six key reasons why they should consider alternatives.

There is no denying that winning a blue chip client gives some prestige, and fully merited pride, but these qualities alone do not increase the bottom line financials. And in most cases (if not all) any corporate win would be accompanied with a non-disclosure agreement, meaning that the only person you could share your pride with would be yourself. And perhaps your spouse.

The six reasons why I would never proactively chase a corporate client in the b2b marketplace are as follows;

Bringing it down to simple sums, would you prefer one corporate client earning £10,000 worth of profit, or fifty SME / micro clients earning £200 profit apiece? The end number is the same, but the business model is very different. Just last month I spoke with an old colleague who was having to re-think his business plan. Riding high for two years on a single major account, the work had now dried up. Sure, he should have spent those two years planning to attract the next major account. But how many actually do that? Major accounts by their very nature usually demand all your resource, and then some. Being creatures of habit, it is so easy to slip into a comfort zone, ride that wave of plenty and without forethought of its future decline.

SME / micro businesses tend to make swift decisions. Whilst we all work in different industry sectors, the data industry is no different to any other where lead times are concerned. SME and micro businesses usually make purchasing decisions within a few days, sometimes even immediately. Corporate clients investing in a multi-million-pound database management service over three years do not decide so quickly. During past employment I witnessed such proposals take between six and eighteen months to reach a decision. Great when they do, sales people’s jobs have been lost when they don’t. And as an SME / micro business owner, I could not wait eighteen months for a decision on my next sale anyway.

Small businesses do not have a procurement department. My last experience of procurement was about ten years ago, involving a marketing data proposal for one of the UK’s major energy companies. Responsiva were up against twelve competitive proposals. Six were discarded immediately, and the b2b marketing department met to discuss the remaining six. Three of these (which included Responsiva’s) were then selected to go forward to procurement. From that point, communication with the company was not permitted until the procurement department had made their final choice. Responsiva was not selected. Some months later I called my contact in the marketing department for some feedback, and was told:

“Toby, your proposal was the best of the lot; it fully understood what we were looking to achieve, was realistic and honest in all elements of delivery, demonstrated you had the right skillsets and data sources, had a simple contract ‘opt out’, and was very reasonably priced.

However, it was the first of the three proposals to be discarded by procurement because of the size of Responsiva. You are a small business, the other two are huge companies with a global presence. So if something were to ever go wrong, we could not then justify having selected such a small business as Responsiva as our supplier on such an important initiative.”

Probably the greatest piece of feedback I have ever received, and since then have stuck to the SME / micro business target market. Only chase opportunities you can realistically win.

One the greatest challenges with the corporate world is that there is a tendency to use their brand name to drive down prices and reduce your margins. Case in point, how supermarkets historically treated farmers. This is not to say that all corporates are the same, but even within the marketing data industry this same method of approach has risen its head many times. Under previous employment I turned down the custom of two well-known brands, because they demanded a significantly reduced price (far below the rate of any other client) on account of their brand name. Aside from not being a major sale opportunity, their brand could not be used by way of testimony either. Business is only good business if it is fair for both parties, and that does not mean undervaluing your service on account of a client having a known brand. The truth is that brands should be more (rather than less) caring about their suppliers, especially in today’s market where consumers have a notably significantly reduced brand loyalty.

Even with the challenges associated with wooing corporate clients, there is no denying that we all still love to win major accounts. And that is the same for our competitors. So it follows that 80% of your competitors are chasing the 20% biggest prospective clients in the market. Markets don’t take long to become saturated, and those 20% who represent your future major accounts become exponentially harder to reach and do business with.

If major accounts make up 20% of your target marketplace, then it follows that the SME / micro business market has four times as many prospective customers. Actually it is far more extreme than this 80:20 rule; just 2% of businesses have more than 50 employees, meaning that 98% of companies are in the SME / micro category. It’s a huge market in terms of prospect numbers.

As an added bonus, less of your competitors are chasing these. They will make decisions faster, have little or no procurement, are unlikely to display brand arrogance and are also likely to pay you on time – or even in advance.

The only downside is that they generally have less finance to invest in your services.

The solution; adapt your service to the SME / micro business (offering a downsized service to suit them), and market your business to win more of them as customers.

View our 2016 financial prospectus brochure for an easy to read guide on all of the services offered.

Copyright
Warning: Use of undefined constant Y - assumed 'Y' (this will throw an Error in a future version of PHP) in /homepages/0/d204785345/htdocs/wsb.biz/wp-content/themes/finance/footer.php on line 69
2021 Responsiva Data Services

This site uses cookies. By continuing to use this site, you agreed to our use of cookies. Find out more.